ERROR: The quick links require JavaScript to load and function.

Slightly informal dev blog. I'll put random thoughts about my project. You can also follow the project on GitHub since I might use that for bug tracking, but It's not a guarantee that I will keep the code visible to everyone for very long since I don't want my decisions to come haunt me in the future with code leaks and all that. I also don't want people stealing my work. Please check out the license.

Started this dev log. Here are some things that are on my mind: 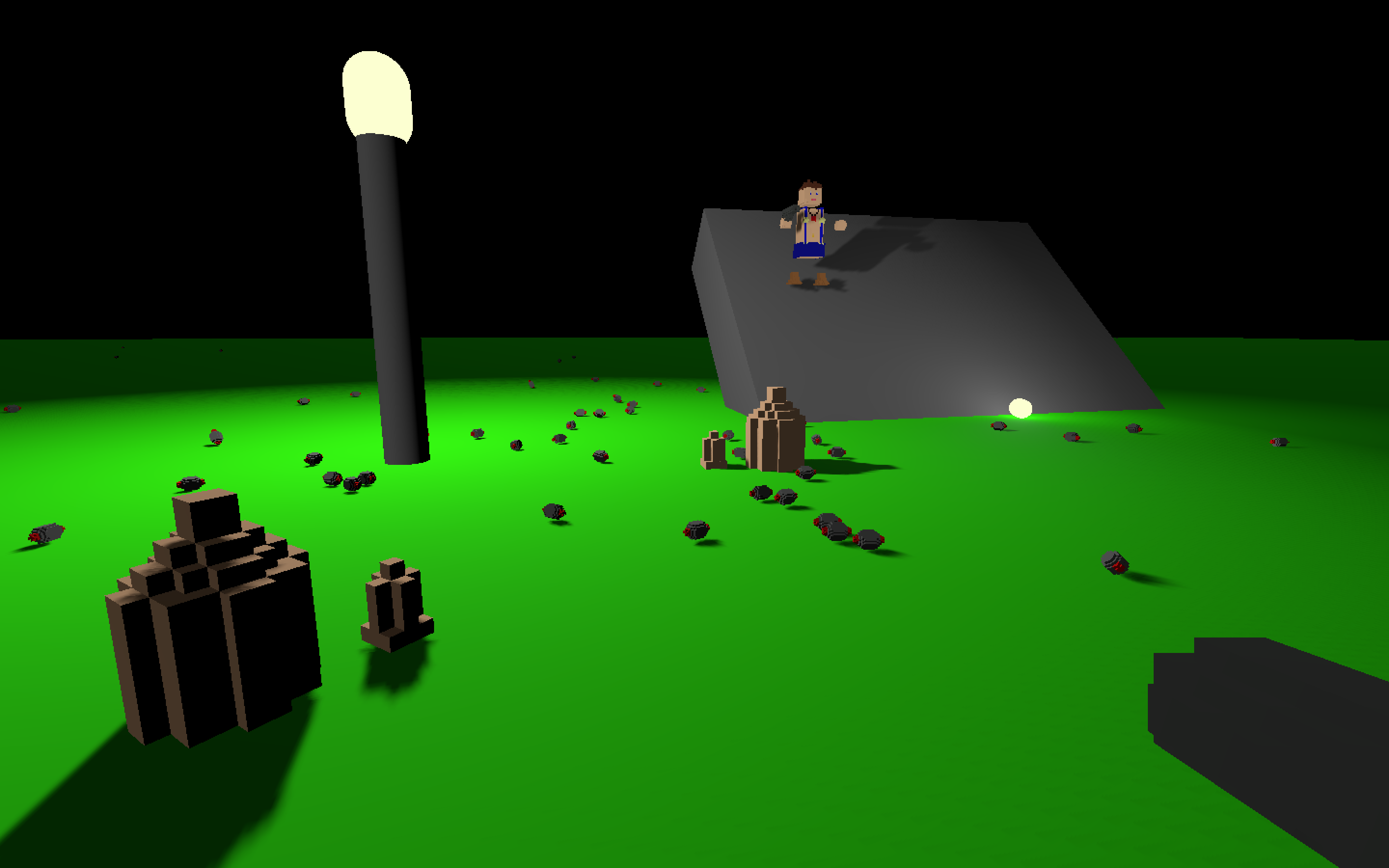 You’re probably asking, “What’s going on? Where have you been?”. Let me answer those two questions by pointing out that physics is hard. Harder than I anticipated. This combined with a bad habit of procrastinating randomly while in the middle of writing a cluster of code, and you have yourself the perfect storm of “I haven’t made much progress in months”. Good news is that I have been stuck on this goddamn single physics problem of trying to replicate the old quake engine physics in the Godot game engine for way too long that I think I am just going to keep it “as-is” for right now. I am probably lying to myself because I am a perfectionist and will keep trying to fix this code, but regardless, even if I have that logic down, I will probably put a full stop on development until Godot 4.0 comes out.

The 4.0 release is planned to come with many changes that would make it hard for a game to move it’s code from 3.2 to 4.0, and the release comes with 3D physics improvements which I am super hyped for, along with a new Vulkan renderer to make the engine much faster for rendering things. It will also come with occlusion culling, something I can’t believe Godot didn’t have before. I am still doing research and technology is evolving fast, but just know that the game snapshots that are linked below are incredibly outdated, in fact I’ve started an entirely different project that isolates movement physics for debugging that, and it’s lasted months. I can’t make a promise on when any update will come, but I would say in 6+ months is a good guess, since that should be roughly when 4.0 comes out.

It’s gotten to a point where every time I play TF2 or other source games I die inside that my game is not able to accomplish the same kinematic body physics, specifically for moving on slopes.

Also, in the art department of things, uh, let’s just say “nope lmao”. 3D modeling is impossibly hard. I may need to find a friend or something to help me out.

Oh, that reminds me, I am only writing in GDscript for the debugging stuff since it sacrifices performance for being easier to write (python) and having debugging tools I rarely use for some reason. Once 4.0 comes out and if I have the physics thing fixed, I will try to make it work so I can write in either C# or C++. I’m more excited for those since I have a weird fetish for curly bracket style languages. (I blame JavaScript for conditioning me like this!)

This is the closest I've gotten in that movement physics side of things (the isolated project I was talking about).

For people who want to experience the development progress.

Physics were a big challenge. It's not perfect and I might need to revise it later but It works for now. I finally got the lighting to work. I also played around with some scary trigonometry to make the movement feel like what you take for granted in all first person experiences.

After a full day of debugging which I streamed, I got projectile physics to work and fixed all the issues that caused. Next up I am going to have to figure out why my Layers and Masks for light don't work.

Hey, do you like art? Well enjoy my garbage voxel art skills. This updated added art, and now that I am not playing around with lights as much the game isn't a throw light pills simulator. Tons of crucial bugs were fixed in this snapshot, allowing me to finally get ready to work on scary networking and steam integration!

Completely unrelated, but Ubuntu Linux is the biggest pain in the ass to set up. I wanted a dual boot on my mac so I could not only run 32 bit apps again but also because it's apparently a "more friendly development environment". Sadly, I am stuck with this weird OS bug where the entire operating system is impossibly slow until I put the computer to sleep, then when I open it again it is better. Nightmare.

I won't bore you with the details, but basically nothing related to this can be used without permission from me. This game uses Godot to help with rendering and cross platform shenanigans. Everything from the modified engine I use to the game itself is proprietary. This license may change in the future.

Here are some things to keep in mind:

While I love the selfless people who make things free for anyone to steal or even claim as their own, I apparently am not that nice yet. I don't want people benefiting from my hard work instead of me, it's as simple as that.

When will it be released?

While this is the most progress I've made in any other of my projects, It is still nowhere complete. There is no set release date, and I don't think it will ever be "finished", because I will likely release more updates even after the official release.

What can I do to help?

If you are good at voxel art using the MagicaVoxel Editor, you can contribute some models for some community made content and get credited. Even simply showing interest in the game is a good way to help since it gives me the motivation to keep going.

Why are you making this game?

I don't like the way I see most game companies go. I loathe those triple A titles that are only there to make money and not because they have a passion for games and a passion for programming. There are only a few developers that inspired me to make games and those people are what I aspire to be like. I've also wanted to make games because I absolutely love video games. To me there's nothing cooler than being able to entertain people from typing on a keyboard to making literal universes where people can get immersed in and have fun.

I have more questions!

First of all, that's not a question, but second of all, you can join my discord to chat with me and ask those questions.